Most insects that are characterized as having a pain level of 3 are wasps, including the red paper wasp, the metricus paper wasp, and the velvet ant (which is actually a wasp, not an ant). The duration of the sting pain can range anywhere from one minute (such as the sting of the red paper wasp) to half an hour (such as the sting of the velvet ant) some ants are also rated at a Pain Level 3, including the giant bull ant and the Maricopa harvester ant. 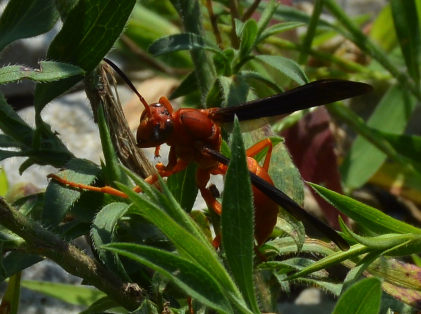 Red Paper Wasps are native to the United States from Texas to Florida, north to New York, and west to Nebraska.  They have also been found in Bermuda and Canada, where they are considered non-native.  The wasp's common name is due to the reddish-brown color of its head and body. Red paper wasps are known to construct some of the largest nests of any wasp species and prefer to build their nests in protected spaces. 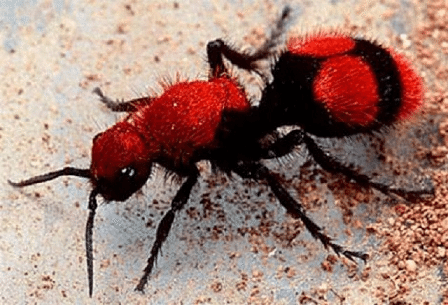 The Velvet Ant is a species of wasp whose wingless females resemble large, hairy ants. Their common name velvet ant refers to their dense pile of hair, which most often is bright scarlet or orange, but may also be black, white, silver, or gold. Their bright colors serve as a warning signal showing it's best to avoid interaction with this ant. They are known for their extremely painful stings, (the sting of the velvet ant is rated a 3 on the pain level and lasts up to 30 minutes), hence the common name cow killer or cow ant. However, the velvet ant is not aggressive and sting only in defense. In addition, the actual toxicity of their venom is much lower than that of honey bees or harvester ants.  Unlike true ants, they are solitary, and lack complex social systems. 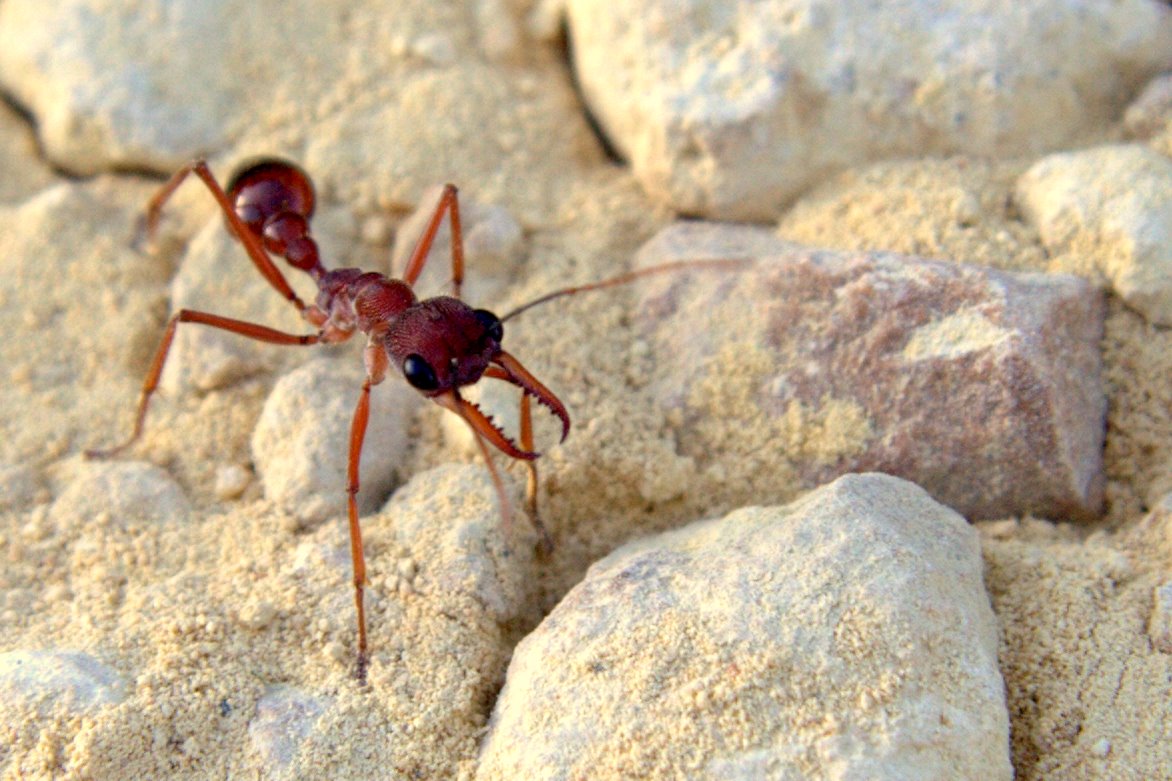 The red bull ant also known as the giant bull ant or "hoppy joe", is a species of bulldog ant it is abundant throughout Eastern Australia.

As one of the largest of ant species, adult individuals have been observed to be as long as 15 mm to 30 mm in body length. The head and thorax are typically coloured red-brown; the rear half of the abdomen is black and the mandibles brown-yellow. Adults characteristically possess the long, powerful serrated mandibles and a venom-laced sting capable of causing severe pain for a couple of days. Unlike most other ant species, red bull ants lack the ability of chemical senses; however, this is compensated by their extremely keen vision, with which they can spot and respond to intruders two metres away. 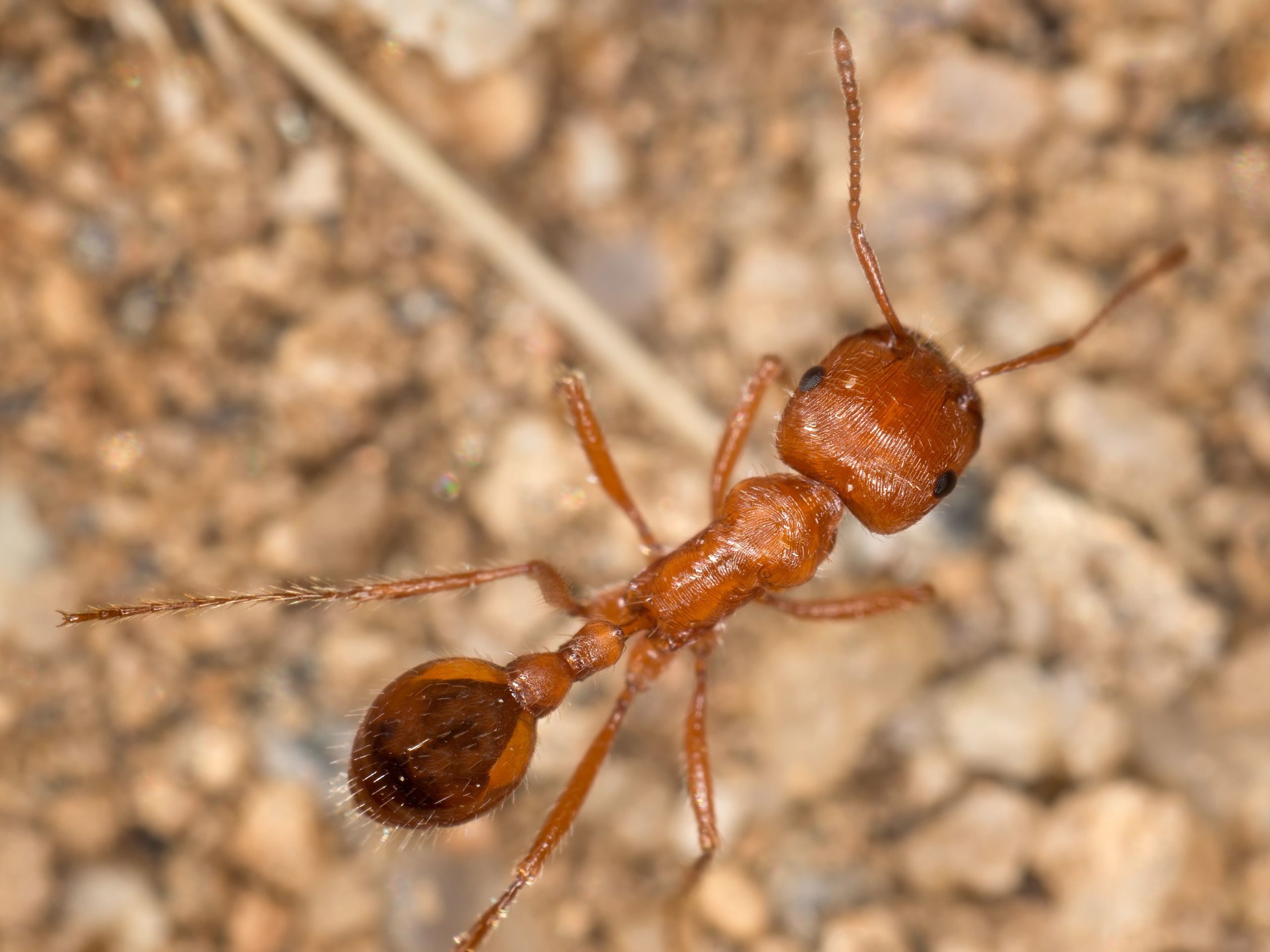 Maricopa harvester ant, is one of the most common species of harvester ant found in the U.S. state of Arizona, but it is also known from California, Colorado, New Mexico, Nevada, Texas and Utah, and the Mexican states of Baja California, Chihuahua, Sinaloa and Sonora.  Its venom is believed to be the most toxic insect venom in the world.